When: Tuesday, 8:40pm
What did I drink? Two Maker’s Marks on the rocks, one unmemorable beer

“Do you mind moving down? It’s going to make me uncomfortable to keep looking at you,” said the non-descript 40-ish man at the bar.

Interpreted by me this meant you’re sitting between me and the TV screen and I’m going to have to stare at you to see it so we should swap spots.

Interpreted by my drinking companion this meant I don’t like the looks of you.

This is the closest I’ve come to a bar fight in many years. I’m nearly certain that I was correct, and the misunderstanding only further cemented how opposite two people’s brains can function. (And why I’m no longer living with this person.)

Older men hang at Nancy Whisky Pub on the earlier side, younger  cleanly-scrubbed couples who seem transplanted from Wisconsin stay later. There was one other woman at the bar, the only female over 40 (though barely) with short hair and wearing a tank top and checkered glasses, looking like an ‘80s art student, and a little Ghostbusters Annie Potts (the film’s fire station is only two blocks away–perhaps this was an apparition?) except that she wasn’t old enough to have kept the look for decades and was too old to be successfully ironic. 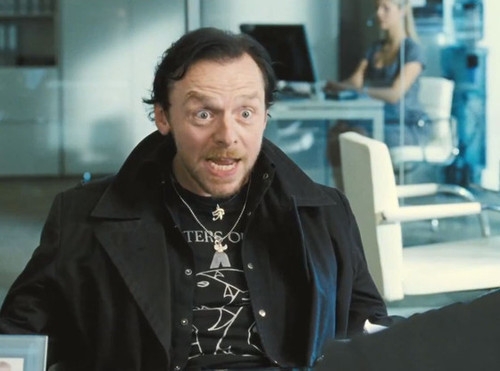 This is why I resist the floral baby doll dresses, chokers, Docs and mini-backpacks the kids are all nostalgic for (plus, these ’90s trappings [Doc Martens aren’t ’90s but I’ve given up on accuracy] are ugly). No one over 30 can pull off recycled trends without causing concern that you’ve been wearing them all along.