When: Wednesday, 9:30pm
What did I drink? Gin and tonic, Maker’s Mark on the rocks (prices unknown, but not expensive)

Do you ever feel possessive of something that matters to nearly no one? Neighborhood borders are the smallest stakes. I still have a sense of ownership for Ridgewood, Queens, my first NYC neighborhood, circa 1998-2000. (I even wrote a Village Voice snapshot a million years ago.) When people tell me (and they do) about how kids are now doing cool things there fifteen years later, I don’t think that they mean there are music venues and galleries in the Archie Bunker/Italian/Polish/Bosnian/Romany heart of Ridgewood, but closer to the Bushwick border, if not actually Bushwick, a strange reversal where claiming Queens grants cachet.

A friend and former coworker from my Ridgewood days, now also somewhere in her 40s, recently moved to “Ridgewood” and had mentioned Pearl’s as a local bar of sorts (three L stops away in Bushwick proper, this leads me to believe that Ridgewood still lacks a substantial hipster element, despite reports to the contrary). A seed was planted.

And then I really had to see for myself after reading a Yelp review (sure, I’ll consult the site for questions of atmosphere and tone–never food) containing this troubling bit: “Plenty of dirty hipsters – old ones! Like, peeps in their mid thirties. Mmmmm, come ‘ere gramps."  No grammas?

No. There were tattoos, cocktails in mason jars, muscle shirts, beer-and-shot drinkers, mostly men (and to be fair, a solo young lady ordering  Fernet) and an androgynous butt rocker that excited me more when I thought it was a woman emulating ’70s-era Jodie Foster. 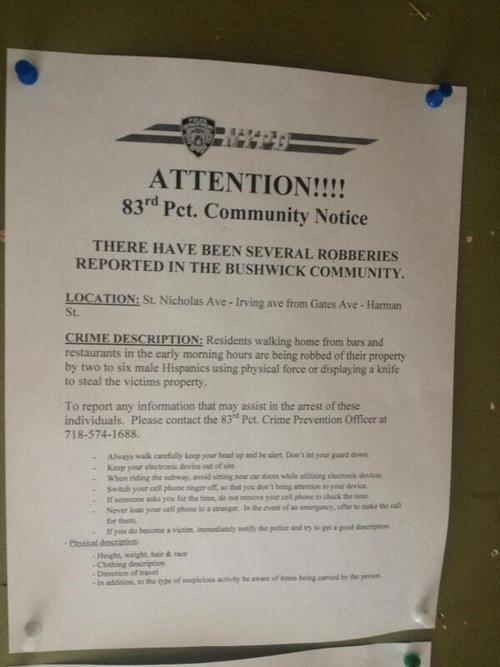 It was certainly not "Berry Hill;” bros and tourists aren’t treating Flushing Avenue like Bedford quite yet, and the rash of recent muggings targeting oblivious bar patrons only emphasizes how in flux the neighborhood is.

Pearl’s is probably the closest bar if you decide to hit up alcohol-free Bun-Ker or Western Beef, so it does have that going for it.

Age appropriate? For Bushwick, perhaps, where an older crowd means 31.
Was I carded?  Yes, indeed. And the man sitting outside on a stool should’ve been a giveaway;  grown-up bars do not need to ward off underage drinkers.