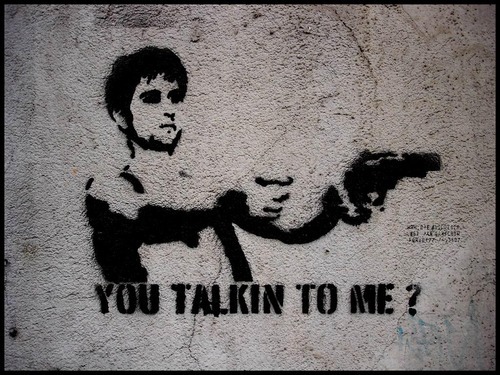 It’s surprisingly easy to spend $60 on cocktails in Copenhagen, especially if you tire of pints and aquavit. Ruby is sort of a Danish speakeasy, no sign, just inside the entrance to the Georgian embassy, and done up in a cross between gentleman’s study and Victorian parlor. In theory, the leather wingback chairs, gilded mirrors, oriental rugs, frilly lampshades, and pricing structure would attract a mature crowd (or young, flashy Europeans). And it did, for the men at least.

Upscale foreign bars always seem to be the setting for at least one large multinational work outing where everyone speaks English with different accents. The bigwigs are always middle-aged-plus men who leave early and are often American and wear khakis, polos and wire-rim glasses. Females are in the minority, if present at all, and are always in their 20s. Most of the women at Ruby were also in their 20s.

Upon leaving and approaching the bus stop on the other side of the little river in front of the bar, we nearly got into a physical altercation with a taxi driver parked across the street, an incident locals I recounted this to later found hard to believe, considering how polite everyone seems in Copenhagen.

Taxi driver: Screaming unintelligibly, possibly in Danish, something, something, assholes!

Me to James: Did he just call us assholes?

Me screaming back to driver: Are you talking to us?

Taxi driver: Motherfuckers, you don’t call a cab and take the bus!

Us: We didn’t call a cab. (I don’t even know how to call a cab in Copenhagen.)

Taxi driver: The bartender said you did! Motherfuckers!

Us: Um, no we didn’t. Call the bar back if you have a problem. (Would anyone actually get into a vehicle with someone who is yelling at them?)

Us: Hey asshole, come say that to our face. (I don’t think he was used to back-talking New Yorkers and this enraged him further.)

Taxi driver getting out of car: I’ll kick your ass. I’m going to kill you.

A fuck you, no fuck you shouting match ensued until he finally gave up and drove off.

It’s worth noting that absolutely no one is on the streets of Copenhagen at 1am–despite what anyone will tell you, it’s not a late-night city–and I never once saw a police officer in my whole week there. This was the first time it ever occurred to me that it’s worth knowing the 911 equivalent when in another country.

Was I carded? No, I’m not sure if they even do that in Denmark.
Age appropriate: Yes, though you may be the only woman over 35 in the place.