When: Tuesday, 7:14pm
What did I drink? A Saison Darkly, $5 (small size) Even More Jesus, $11 (big size). I think there were actually three beers, but even in wine glass-sized servings, proofs approaching 12% can cause forgetfulness (I’d rather blame the alcohol than senility). 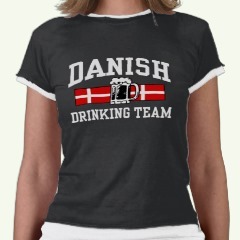 When I arrived at Tørst, I was pleased to see the friend I was meeting (41) had found another friend alone at the bar who seemed grown (4Ø, it turned out). But that was the end of that. Beer lures men, and the only other women were younger and better halves.

It could be the prices or maybe the seriousness of purpose or possibly the subtle demographic shift from 11211 to 11222, but the men were higher caliber than I’ve come to expect for the area. Probably still 90% under 40, but mature, no bros, no fedoras, even a suit or two.

This raised a conflict, however. When a third friend (41) showed up, she declared the bar age appropriate because of all the pool of men. (She had also gone on a sort of date with someone–younger, of course–affiliated with the establishment, so I should disregard her biased input.)

That wasn’t my original intent. Perhaps I’m more hardline than I realized because I meant these bar visits to test the climate for peers, fellow females in solidarity, and once again there weren’t really any. One obviously older woman came in, walked to the back, turned around and left. Maybe she was looking for someone she didn’t find, or maybe what she didn’t find was anyone like herself.

Was I carded? No. I may have to retire this criterion since only gross places seem to card and I’m committed to avoiding them.
Age appropriate? From the men with potential angle, yes. It also introduced the concept of Parents of Transplants. Tørst, it appears, is also appropriate for showing visiting elders the neighborhood, and jacked the age range up to 60something.