I have discovered the secret to Williamsburg drinking for oldsters and it is as dependent on having nothing going on in the late afternoon as a poor unemployed millennial (or a twentysomething trust-funder, depending on your level of crotchety-ness). Ok, no secret, just start drinking earlier. Many neighborhood bars don’t open until 5pm while Iona, god bless them, starts serving at 1pm.

I may have been the first to set foot in the inviting backyard on a Friday, but the neighboring table was quickly filled by a Caitlin Moran-esque woman, but blonde and definitely over 40. She gave me the side-eye, surveying the early Friday scene, lamenting to her seltzer-drinking gray-templed male companion about the area “tourists, hipsters and college kids” who pay rent who knows how. One sounds like less of a crank with a British accent, it turns out. 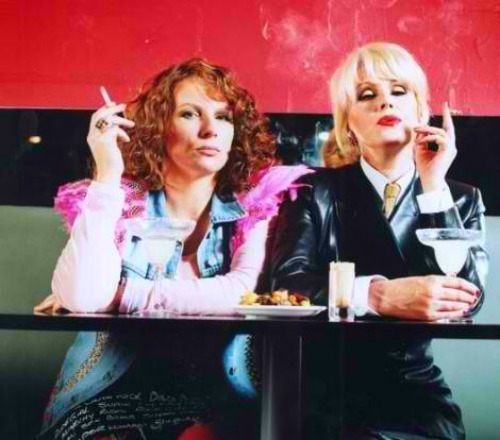 That’s another truth: where there is a high foreign factor (as is the case at Iona) age is often less of a constraint. Also, smoking is de rigueur.

By the way, shit can go down at Iona. Just the year before last, a normally mellow mid-40s friend (he’s in a twee band, for crying out loud) got into a fist fight there. I did not witness this first-hand, but it sticks with me.

Age appropriate? Two beers later, still light out, and three-fourths of the bar, outside and in, were over 40. Sure, some were men with white pageboys, but a high ratio, nonetheless. Does everyone go home by 8pm? Do they disco nap and go back out later as I unwisely did? If you start at 4pm, don’t restart at 8:30pm.